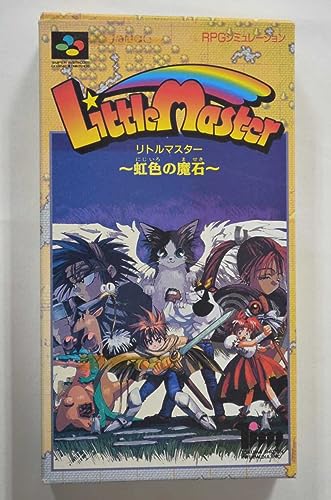 This is Zener Works' third and final game in the Little Master series. The first two were for Game Boy, and I felt that they had a lot of potential but were hampered by the limitations of the portable system. I knew that this game was coming up on the SFC and was eager to see how it improved on the formula. After playing it, I think it did make some big improvements but in other areas it still disappointed me.

The graphics are a high point. Obviously they're better than the Game Boy but even compared to other SFC games they have a nice colorful style that stands out. 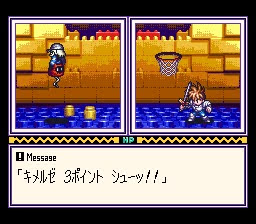 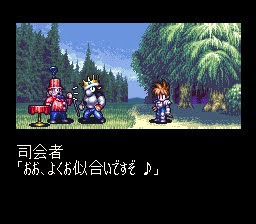 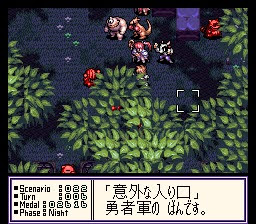 The backgrounds, characters, and sprites are all well done. The game doesn't take itself too seriously (as you can see with the ghost pirate in the first screenshot who does a basketball shot with his skull). The different monsters (both enemy and character) have detailed and individual attack animations, with several variations per character.

The story is also considerably improved from the first two games -- there are a lot more story sequences, and there's more plot development. It's still a fairly pedestrian story but it's nice that they put more attention into it.

What made the first two games stand out was the map variety, and that continues here. They kept a lot of the same map ideas from the first games -- random tornados that move you around, warp tiles, and monster spawns. There are new ideas like a map where you have to search snowmen while a monster throws snowballs around the map, fake treasure chests, flooding maps, seesaws where you fling your people to other parts of the map, and other things. Although a few of them end up being more annoying than fun, I like that they tried different ideas out so that each map feels unique. 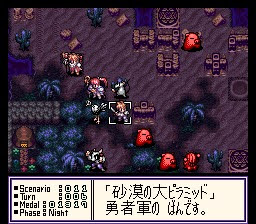 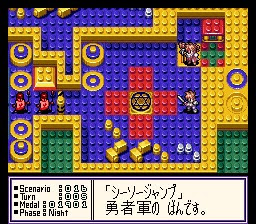 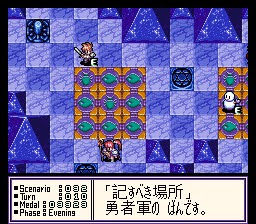 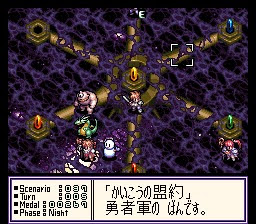 The most disappointing part of this was the battle system and the monster combination, because this is where they didn't really improve on the older system. They added two main new features. There is a day/night as well as rock/paper/scissors attributes for each character. This changes the compatibility between characters and makes certain units get stronger at certain times. The second is a just frame system where you can hit A at the exact point during the attack or defense where the move hits, and increase/decrease the damage.

But there's still far too little variety between the characters. Tamtam is back from LM2; she can heal and if she gets attacked she turns into a monster. There's a new character who can switch between an offensive or buff/debuff mage. But other than that, every character can only move and attack. They differ in the range, but that's it. Your main character can move and do a range 1 attack. That's what he can do on stage 1, and that's what he can do on the last stage of the game. He never learns any new moves, and you can't change his equipment except for an accessory. This means that the colorfully designed monsters and units are a lot less individualistic than I would like. 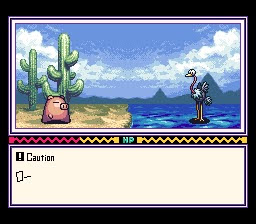 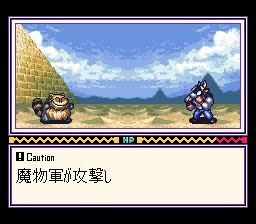 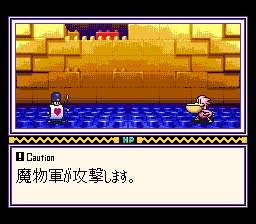 The other problem is the monster system. As with LM1 and 2, the only way to recruit a monster is to visit houses on the maps. This means there are a fixed number of specific monsters you get in a playthrough. You can combine them to make stronger monsters, but you can never get any more than the 18 specific units the game has pre-determined. Since you have to combine two monsters to make one of a higher "rank", there's a limit on what you can actually achieve. They did allow the monsters to level up in this game, which means you can make any monster good.

What they did add in this game is a post-game dungeon that has repeatable floors. Here you can go to the houses over and over again and rank your monsters up as much as you want. But it seems like they went a little too far with this; my monsters at the end were in the 30s or 40s of rank, but the strongest monster is rank 175. You would have to do a lot of repetition in the postgame dungeon to get that.

Overall this is not a bad game at all; it's definitely the best of the Little Master series and worth a try. I just feel like there was a lot of missed potential if they had allowed some kind of monster recruitment, or given the monsters more abilities.