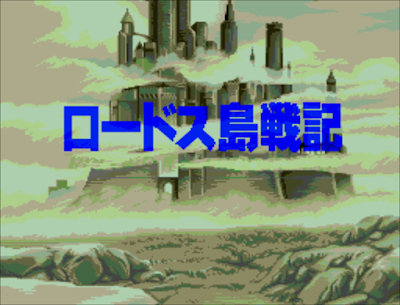 Unlike my other blog, I haven't made any strict rules for how long I have to play each game. Considering I have over 500 games on my SRPG list, I wanted to be flexible so that I could deal with bad games quickly, particularly bad games that are long or difficult. This game is a bad game; I've played a few hours of it, which is apparently about a third of the game, and I don't think it's going to get any better. It's by far the worst game I've played so far.

In many ways it looks similar to the PC Engine Lodoss War, which I played on my other blog. I actually thought that game was fairly good, so I was hoping this one would be decent as well -- alas.

To give a brief background, Lodoss War is a franchise that began as "replays". These were written acocunts of RPG sessions (such as Dungeons and Dragons) that were published in magazines. These seem to have been quite popular in Japan, and I've seen several other series from the 90s that began this way. From there, the franchise expanded to novels, anime, games, and other properties.

The game opens with a vocal song and an intro, which is the typical "animated images" sequence that they used on this system and the PC Engine. 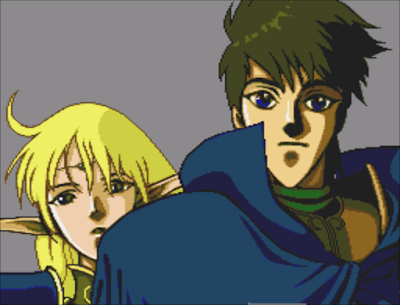 When the game actually starts, though, there's a real full motion anime clip. I assume this is taken from the OVA series although it's been so long since I've seen it I don't remember. 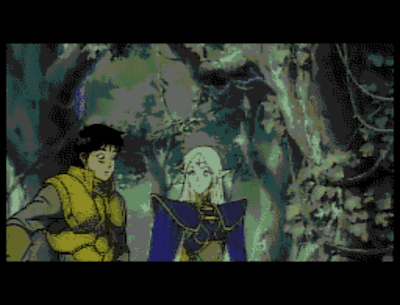 But I think this also shows why companies were reluctant to try full motion video on the PCE and Sega CD. The Genesis was rather limited in the number of colors it could display, and the anime clips look pretty bad in consequence. Perhaps it seemed impressive at the time since most systems (PCs included) were not really capable of doing FMV at the time.

Afterwards Parn and Eito, the beginning characters, head out to deal with some zombies appearing in the town cemetery. In the town you just choose the location you want to go to. 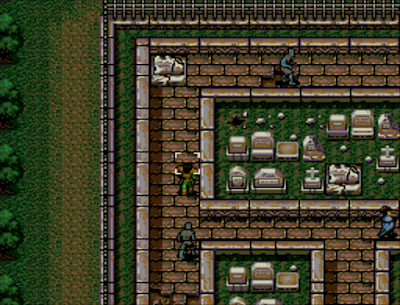 This may be the first game where the direction you're facing makes a difference. But the interface is a mess; you can't view the whole map or see the enemy information. Spellcasters can't use spells after they move, which makes it really hard to use some of the magic. The healing is weak enough as it is, and it makes it even weaker to restrict it to pre-move 1-range. You can't move past your own guys, and the narrow corridors in many battles (such as the above) make it too easy to get trapped when you get 6 characters in the party. If the spellcasters are blocking the way they have to waste a turn moving (where they can't cast spells). In stores you can't see who can equip anything, the stats of the equipment, or even what the items cost. This is completely unacceptable for 1994. 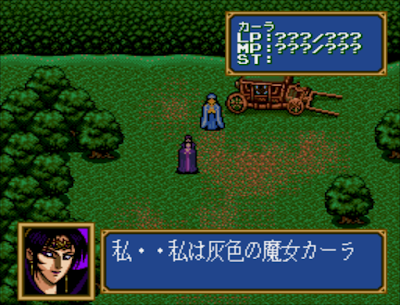 The story is pretty simplistic; it's following the OVA (I guess) but there's only a few lines of dialogue at a time.

So this game is bad, but it also gets very difficult after the first few battles. You can train in an arena in one of the towns, but only the person who makes the kill gets XP. There's really no reason to play this game, which may explain why it was so hard to find even basic information or videos. I did finally come across one small walkthrough but that person said the game was bad also. The contemporary Famitsu reviews were 6,5,4,4  which is pretty bad too.

Next up will be the small concluding scenario of Shining Force CD.
at October 20, 2019